Firstly the list of things, most of which happened some time ago and I am majorly tardy in sharing them:

1. I was featured in the September issue of Get Creative magazine which is a very charming Australian magazine about, well, crafts. The feature is about my work and about Sew It Up. Despite having a book published and another one in the pipeline, I’m still really excited about having an article published about me, in Australia. Wow.

2. Talking of books, I mentioned that Sew It Up is being published in the US under the title of The Sewing Bible. Well, it’s available for pre-order now! Out November 10th. Woo hoo! Just in time for Christmas people! That version is also available in Canada, but the rest of the world has the English version with all those centimetres. Save of course the Finnish who have their own version, called Kotiompelijan Kasikirja. Whatever that means…. (excuse lack of accent there, I can’t muster the energy to find accents as well as remembering all the stuff I haven’t yet told you).

3. My new book is still in proof-reading stage (expecting to have a fun weekend in with it) but it is already on Amazon for pre-order, although it’s not out for quite a while (July next year, fingers crossed!). And the text needs a spot of updating… new info will be supplied shortly! 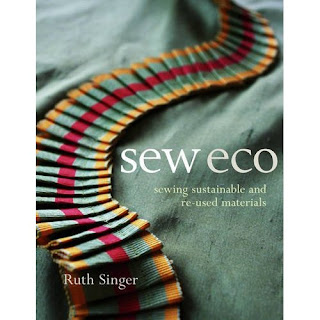 4. What was 4? Oh yes. I’ve had work featured in a couple of Etsy Treasuries recently. Always nice to be in these alongside some really amazing stuff.

6. I have some work going on display at the Chapel Gallery in a couple of weeks too.

Plus some links to stuff which has been entertaining and enthusing me recently:

International Wear A Dress Day, which I wholeheartedly support. If you are inclined to wear dresses at all. If not then clearly it is a bad idea and I do not suggest it. Terrible things may happen. However, if you are a fan of swooshing about with skirts then go dressy next Thursday. I have to set up at Liverpool that day which is not the best dress-wearing activity so I am pondering how to deal with this one. But I will do my best. Maybe wearing an apron in public will do instead? Why don’t I start a wearing an apron in public day too? I wore one last Friday and got even more funny looks in the pub than I would normally get. Interesting….

This is a great article about sewing, feminism and the 18th Century. Three of my favourite things.

I am reading The Culture of Knitting by Joanne Turney. It’s good. More of this anon too.

Got all fired up about Craft Club the other week, having been reading up about crafts and education. Kids need to do crafts at school. It does matter.

And I’m just starting some work for Craftspace which is really exciting, even though it will involve getting up at 6am for several days and going to Birmingham. Oh well.

1. I have been sewing and I have even got the odd photo here and there.
2. I have TWO exhibitions to review AND a catch up on TWO weeks’ worth of Origin AND the Knitting and Stitching Show. Phew.
3. I will not blog about shelves for a long time.

There were probably more but it’s now well past my bedtime and having been up a bit too early to run a rather manic workshop this morning, I’m off.