Criminal Quilts is my an exhibition, research project and book.  The textiles I have created are inspired by the stories of women who were photographed on release from Stafford Prison between 1877 and 1916.

I was fascinated when I first saw the photographs from the 1870s where the women have their hands on their chests. This was in case of missing fingers which would be used for identification. This is the first time prisons took photographs of prisoners to identify them if they offended again. They are usually photographed in their own clothes so we get to see what they really looked like. Photographs of working women are very rare so these are very special images of women who wouldn’t normally have photographs taken.

Find out more in the online exhibition of Criminal Quilts including a film and all the exhibition text. My Criminal Quilts book covers the photo albums in detail, includes many more case studies, a background to women in prison in the 19th century and is illustrated with my textile works. It is available in my online shop along with cards, books and artworks.

This is the first in a series of case studies of some of the women recorded in the prison photographs.

Sisters Fanny and Ada Riddle were born in Rutland to a family of labourers. In 1881 they were both at school but later worked as servants in Handsworth, Birmingham where some of their family also lived. They seem to have lived in Loughborough at one point but by 1895 were living in Birmingham. Both were able to read and write which is very unusual in the records of women prisoners.

This photograph was taken on 1st January 1895 when they were both released from Stafford Prison. Fanny was 21, Ada was 20. Fanny was convicted of obtaining money by false pretences. We think Ada was convicted of the same crime at the same time. Over a few years they were often convicted together for thefts of food, clothing and other small items for which they received sentences of 21 days to 3 calendar months.

Despite their respectable clothing and jobs, life was clearly difficult for them. Our research shows that their mother died in 1888 when they were 15 and 16 years old which may have been when the went out to work. By 1901, they were both in the Wolverhampton Union Workhouse, and Ada had a one year old illegitimate baby son with her, called Victor. Both of them worked as laundresses in the workhouse. Their family are quite easy to trace and both of their older brothers worked as postmen and were married with children. Sadly it seems their family were unable to support them and keep them out of the workhouse. I can’t trace either of them after 1901 but Ada’s son Victor does appear in records as emigrating to America as an unaccompanied child and seems to have family in Canada too. Fanny and Ada’s father remarried and had another young family in Handsworth and one widowed son lived with them too, but there is no sign of Fanny or Ada returning to live with them. They may have been cut off from their family because of their criminal records. 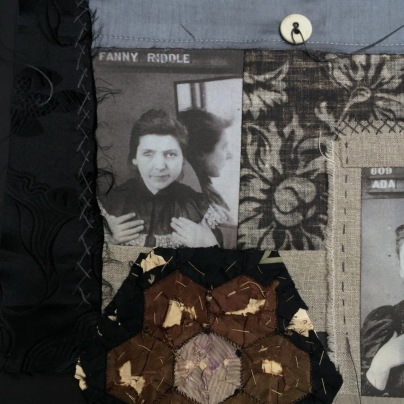 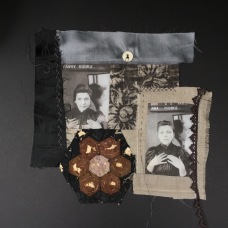 I have made a couple of small commissioned pieces featuring Fanny and Ada by customers who were touched by their story. I am happy to make commissions using other photographs from Stafford Prison or your own family photos.