Last week I had a short and ineffective battle with creating a simple 1920s-ish dress for an event. The dress was an utter failure, although the fabric has now been recut into something much better, to be made in less of a rush! I wore an original1920s coat and simple skirt and blouse instead, inspired by Lady Mary’s similar outfits in the current series of Downton Abbey. 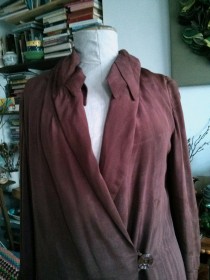 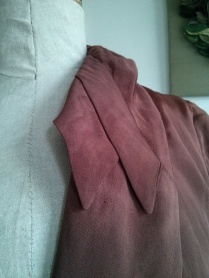 The incident reminded me that there’s quite a large crossover of Downton fans and sewing fans who might like this special issue by Stitch magazine which came out this summer.

I designed three of the projects, a lilac silk stole, a pleated silk necklace and my favourite, a paper pieced patchwork notebook cover. I used the Downton Abbey fabrics from Makower, which was the editor’s choice not mine, but I do think they look nice in tiny hexagons.

I’ve got a copy of the magazine to give away, just leave a comment telling me who you think is the best dressed in this series. I’ll pick one commenter on 24th October and send the magazine (UK only).